Who Better Than Us? 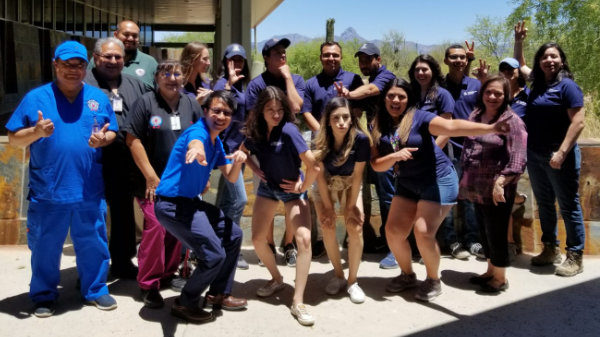 By Jacqueline Larson and Katie Kanter

Every June, SEAHEC hosts Focusing Research on the Border Area (FRONTERA) a three-day community service learning course sponsored by the University of Arizona College of Medicine, Office of Diversity and Inclusion. FRONTERA is a summer academic program that presents undergraduate pre-medical students with hands-on experiences to learn more about the health disparities in the U.S. and Mexico border region. SEAHEC works hand in hand with the University of Arizona College of Medicine FRONTERA students to achieve its mission dedicated “to improve the recruitment, training, and retention of culturally competent health professionals in our rural and under-served communities. This year, two SEAHEC interns from local high schools, Jacqueline Larson and Katie Kanter, shadowed the FRONTERA team to find out how community service learning works.

Helping out in Winchester Heights 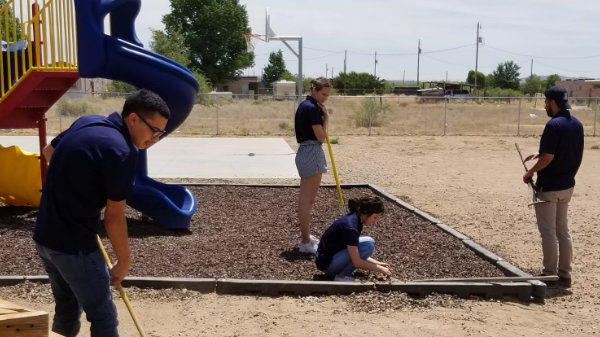 The FRONTERA students’ journey began on Monday, June 17th, with a trip to Winchester Heights, a rural farmworker community north of Wilcox, Arizona. The students spent the day in the hot sun cleaning up the playground and outside area of the Winchester Heights Community Center. It was vigorous work pulling weeds and cleaning away rocks. After lunch, FRONTERA students walked around the neighborhood to deliver invitations for an event the Winchester Heights Community Action Committee would be hosting. The students were shocked by how reserved the local residents were. Few opened their doors, and those that did, thought the students wanted something from them.

“It was an eye-opener to see how scared people are,” said one FRONTERA student. Yet, after conversing with locals, the students began to understand their fear was deeply rooted in the mistrust of outside agencies.

Winchester Heights residents often tell a story that characterizes the gap in services to rural communities in Arizona. This story caught the FRONTERA students’ attention. About a decade ago, residents helplessly stood by and watched as members of a neighboring family tragically died when their old mobile home burned down. There was no fire protection available, because the closest firefighting services was miles away and refused to travel that far. In this community, it was clear that there is not just a lack of resources but a deficiency of service and therefore loss of trust in those who “only have the best intentions.”

Housing shortages for health professionals is a challenging issue that came up while the students were touring the Nation. Lack of housing in the area creates an obstacle to recruitment and retention of professionals who have to travel daily to Sells from distant places like Tucson. 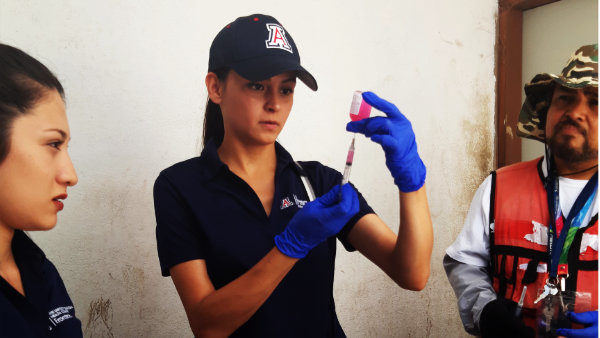 The final day the FRONTERA group shared with SEAHEC was on Wednesday, June 19th. Students began the day by traveling across the border to Nogales, Sonora. The students shadowed “promotores de salud,” or community health workers, who volunteer to provide their neighbors with community education, disease prevention strategies and resources on local health issues. While walking through the neighborhood of Los Encinos with the “Promotores,” students vaccinated resident’s cats and dogs and also provided information regarding health promotion & disease prevention strategies. Key topics included control of mosquitoes, ticks, and scorpions. Later on, they toured the Nogales, Sonora “Centro de Salud” or Health Center and learned about the leading health problems the local health professionals are battling. In Sonora, the students were impressed by people’s sense of community and how easy it was to deliver health services in Mexico.

FRONTERA students ended the day with a debrief of all they had witnessed in their three days with SEAHEC. The students reflected on the realities of rural and tribal U.S communities they had witnessed and the lack of health services that exist in the United States – the wealthiest country in the world. One student spoke upon the economic inequalities in America saying, “We [the United States] have so much money, yet people are still poor and underserved.”

Many individuals believe one has to travel to third world countries to help disadvantaged people but in their backyard, there are people that need just as much help. The challenges SEAHEC students learned about concerning healthcare delivery include:

Seeing first hand the poverty and the tremendous lack of universal healthcare in our country, opened students’ eyes, but more importantly, students learned how as medical professionals they can help. The people most affected by these issues often are not politically mobilized or organized so they receive little to no attention or help. 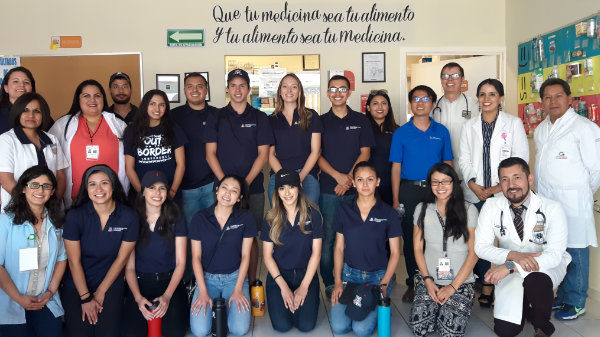 Because of FRONTERA, students were able to realize how “while the activities they participated in seem small, like throwing a rock in a lake—the impact is huge.” At the end of the debrief, every student spoke about what they wanted to do in the future, and all responded saying they are determined to assist underserved communities of our world. As one FRONTERA student summarized, “who better than us to break the barrier” that exists between our local communities and the help they deserve.